Excellent suggestions. Three are going on my tbr list: What It Is by Lynda Barry, Stitches by David Small & The Sandman: Endless Nights by Neil Gaiman. Check them out.

Support Mental Health Advocates. Here’s an opportunity to connect to someone who understands from having lived through it.

Michele:  I welcome  the opportunity to serve anyone who needs help along their journey. Bipolar disorder is a challenging mind disease. I struggled through my 20’s before getting the diagnosis in my early 30’s. I always knew I processed information differently than others and I felt things deeper, it was a relief for me to finally have a name to go with the feelings, Bipolar 1- depressed with psychotic features. I now accept myself, and embrace my disease challenging as it may be.

Trying to be right but veering left

Welcome to my page! Sharing anything that resonates with anything in my soul. Hope you enjoy! Mature adults only 18++ and not for the easily offended!

Hey world, Happy New Year! I wish I could share all the dreams and intentions I have for this new page, but the possibilities are endless! I created this community to adequately express all…

Ken and Family:  We are a successful family profoundly affected by neurological disorder. Within our family of five we share and manage successfully with Tourette Syndrome, Attention Deficit Hyperactivity Disorder, Obsessive Compulsive Disorder, Oppositional Defiance Disorder, Social Anxiety, Post Traumatic Stress Syndrome, and Learning Disabilities. We have struggles and failures yet always move forward. We celebrate our strengths and we support each other with our weaknesses and throughout our personal growth. We want to share our experiences and knowledge and offer support to others living with, loving or teaching others who experience neurological differences. We have lots to share. We have found that learning as much as we can, educating others, advocating for our needs leads to the greatest successes. 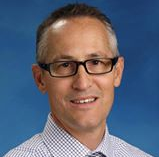 Who could ask for more than the breath of another being for you?

This was written in 1897 & for an ornithologist would be an interesting read. That was a different time & the language used reveals that. Some of the birds are rare now.

“There is a singular resemblance between the face of an owl & that of a cat, which is the more notable, as both these creatures have much the same habits, live on the same prey, & are evidently representatives of the same idea in their different classes The owl, in fact, is a winged cat, just as the cat is a furred owl.”

This was an interesting comparison to me &  I can recognize there are similarities.

I want to pass on a warning to young writers in the horror genre (and perhaps to readers, too). There is an editor and owner of several small presses — Tony Giangregorio — who has a long-standing reputation in the industry for not just editing but rewriting his authors’ fiction and then refusing to return or sell back the rights. He received a lot of bad press in May 2012 when he published an anthology having completely rewritten several stories submitted to it (one of them by noted horror writer Jonathan Maberry), but he is now back, publishing some mangled fiction under his Open Casket Press.

In the most recent offense, novelist Paul Johnson is currently distancing himself from a book published in his name by Open Casket Press, Survival Horror: A Zombie Story — because not only is the book poorly edited, but Giangregorio changed the location of the…

One of the most difficult things I’ve experienced is giving myself credit for an accomplishment. The recent March of Dimes for Babies, my donation page is still up at http://marchforbabies.org/personal_page.asp?pp=5262488&ct=4&w=6650627&u=carolyninjoy&bt=15 My contribution was overall successful. I was able to collect $380 on behalf of premature babies & the issues that special needs babies experience.  It was also for the babies that DON’T get to go home.

My life before my Beloved Hubby & I got together is a cloudy mass of nebulous & murky pain-filled memories. I started measuring time from before I met him, until after I met him.

In my life during the period of time before…I gave birth to my first son, David Michael, who was full-term still birth (aka born sleeping). He would have been 48 this August had he lived. That period of time was nightmarish. He was born in a military hospital. Then they put me in the maternity ward where all the new mothers & infants were since they didn’t have staff to put me in another location of the small hospital. A nurse walked into the room carrying a crying infant & almost handed it to me.  My breasts were leaking milk in response to its cry. At the last minute she halted, said “Oh, you’re the one whose baby died.”

She turned about-face & walked out of the room.  I was left alone with tears flowing down my cheeks & the front of my gown drenched with milk. While they did NOT allow me to see him, they told me he was perfectly formed.  Because he was full term, he required burial. Picking out the tiny coffin was something my parents did since my ex-husband was on his way back from Viet Nam. As a grandparent now myself, I can only begin to imagine how they must have felt at the time.

Now there are greatly needed organizations that make angel dresses & suits for the babies that don’t get to go home. There are even specialized photographers who take pictures of the parents & their deceased infant. I’m grateful grieving parents have these choices now. I feel sure it doesn’t lessen the grief, but perhaps it can permit the smallest bit of closure.

The picture below was of me planting an ‘angel flower’ in the MOD garden on his behalf. My walker is behind me & you can see a small butterfly chime hanging on the handle. I wanted the thought that every time a bell rings, an angel gets their wings to be with me every step of the way.

The walk was four miles. I had hoped to complete it.  I was able to walk only one mile before I was encouraged to stop by my Hubby & friends.  I wanted to continue but could tell I was on the verge of a heat stroke so I conceded. Perhaps next year I can go the distance.

The following day, I received an email that brought tears of joy to my eyes. A friend & her husband completed the walk on my behalf as members of my support team.  That warmed my heart.

This time a year ago, I did not have a knee. My artificial joint had become infected along with some of the bones around it. The artificial knee was removed, packed with antibiotics & I was on intravenous antibiotics through a PICC line for twelve LONG weeks. I consulted an infectious disease specialist who told my Hubby “If you had waited another two weeks for treatment, you would be burying your wife.”

There were weeks when I was too weak to turn over by myself. I was almost a month in a rehab center where I was taught physical therapy for how to manage when I was ‘toe touch’ only with zero weight bearing. So I was quite sick for most of 2013.  It started in January & continued through August when I got my new knee revision. I have 16 inches of steel stems inserted into the femur & the tibia of my left leg. I can walk short distances without canes or a walker but I took the rolling walker with a seat so I could rest when I needed to do so.

I’m sharing this amount of detail, because I wanted to bear witness to where I WAS versus where I am now. I was able to complete one mile of walking, yet instead of celebrating the joy of that, I was berating myself for not being able to finish.

Why am I so harsh a judge of myself? Why is is so difficult to acknowledge accomplishment? I KNOW it’s nearly a miracle that I was able to get that far. I’ve had dozens of people tell me they couldn’t do it. So the fact that I started this meandering blog with the title: “Accomplishment, I’m uncertain” is the best truth I can express.

By God’s grace I’ll be stronger next year & can go further.

Keep calm & use the suggestions

CHANGING your personal power is about CONSISTENCY – and – reading and meditation help maintain that. But first – that very first, necessary step MUST be CHOICE. I know it seems small – but this is your turning point – where it can all begin to change for the better. And that choice means – if it’s real and not just lip service – that you’re ready to stand up, dust yourself off and walk in a new direction.

Now I KNOW it doesn’t seem easy, and in some ways for many of you, that first step is large and hard. I’ve been in a deep hollow of pain where change or trying to comprehend that I could start to feel better seemed impossible – I even intimately know about being caught in a chemically fueleddark hole – trust me, I write fiction, but this isn’t fiction – I’m breaking…

ZEN philosophy embraces that “the way out is in.” The Emerald Tablet (ancient Hermetic wisdom for alchemists) states “As within, so without.” And for anyone who has taken up the road to empowering themselves knows, this short piece of advice is the genesis of the shift. We cannot change our world outside, without first working on the inside. Always.

This is why meditation becomes so important to empowering yourself and changing the world around you for the better.

In previous posts I’ve discussed my personal, and simple, daily regime for keeping myself mentally and emotionally healthy and “up” – tools that I use daily and knowledge that I’ve accumulated over the years – and learned to be truth – and now have been incorporated into my debut novel INDUCED AMNESIA – which is what has sparked conversation (via readers who wanted to know more).

I’ve previously outlined the method I use for meditating, and why…